Looking for something?
Pages 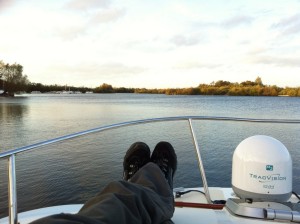 Boating Holiday on the Norfolk Broads and Army Surplus Supplies..
Whilst on a family boating holiday at the end of October 2013, and navigating around the beautiful Norfolk Broads, I managed to find and visit a couple of great local Army Surplus shops by chance.

Army & Navy / Army Surplus shops used to be a common feature of many urban centres. But just like many other Independent companies in our local towns and cities, they have been declining and suffering over the years due to a variety of reasons beyond their control; so they do need your continued support.

So this post is also a recommendation to visit your local Army Surplus shop and see what they have in stock for whatever need you may have need for –  whether camping, holiday, winter/summer clothing, walking, or even prepping for emergencies; before for going to that big store at that out of town shopping centre, check out you local army&navy/surplus type place first

I thought I would also share a quick post about the two Army Surplus type stores that I visited whilst on holiday;

After navigating the tidal river end of the broads approaching Great Yarmouth, we were warmly welcomed and assisted to ‘moor up’by the local harbour masters prior to the bridge and further waterways; which was greatly appreciated.

Upon dry land it was only a short five minutes walk to the main town centre, which was also well sign posted along the way. From the main street called ‘King St’, you only have to continue on past the market and further along where the road narrows.

Carry on down the road and on your left, you will find a great example of an Army Surplus shop’s presence. Although surrounded by other independent shops (good to see), selling all manner of goods, the ‘Army and Navy Store Great Yarmouth’ defines it’s brand clearly to the passing trade;

The Shop
This shop was instantly impressive with it’s vast racks and rails of surplus clothing, mixed with some mil-spec type new gear and some hidden gems. They had a good range of many different types of pattern clothing of all types of jackets, trousers, waterproofs, hats and other type of gear. Due to both the exterior and the stocks of clothing, I imagine they do well from local trade aswell as internet.
What I bought
One particular item that drew my attention was the surplus and un-issued British AFV FR (armoured fighting vehicle flame retardant – I hope) long johns….
– In my packing haste, and not knowing what to truly expect for the holiday, for some reason I had removed my long johns from my kit prior to leaving home… fail# – my leg’s got cold on the deck of that boat the previous day..
So anyway it was a chance to buy some of these great base layer bottoms and also a pair of the additional gloves in a similar un-issued condition
– which I thought might be safer around a camp fire in winter than my usual gloves

The spec/details
The materials used are like the soft ‘norgy shirt’ type brushed cotton-ish feel, but importantly it is apparently flame retardant, as per their specification for an insulating under layer which was also retardant to the risk of fire associated with armoured vehicles. 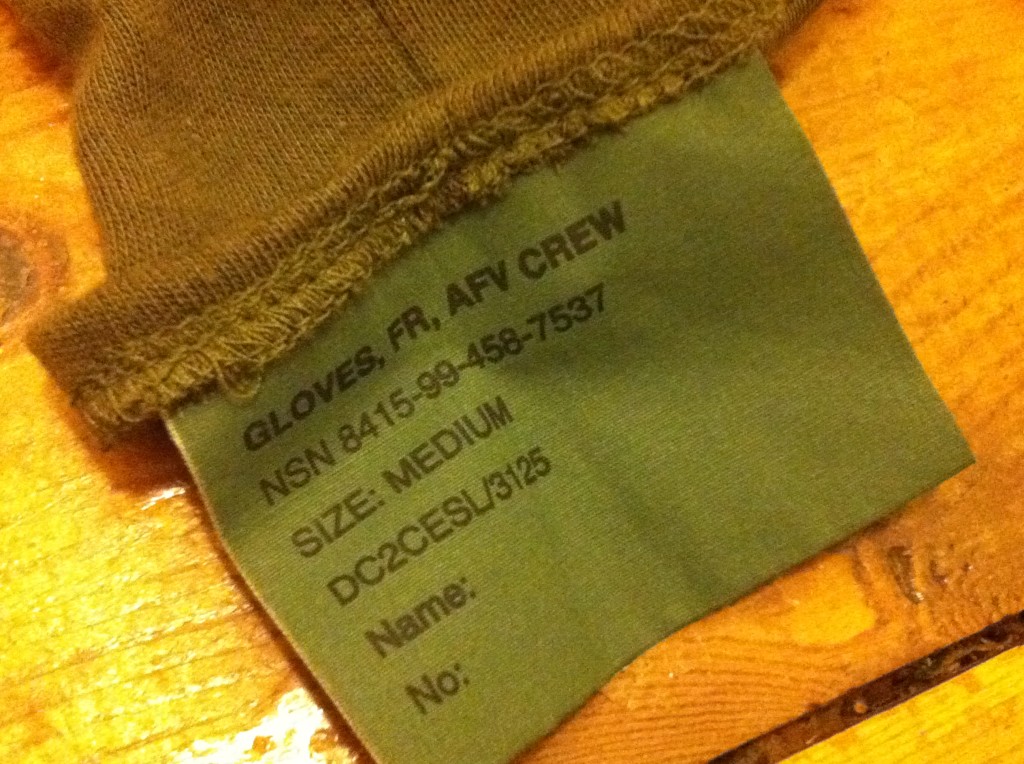 Though I haven’t tried to set myself on fire, nor can I find at this time, any back up guarantee in terms of fire protection….I wouldn’t take this post as an assurance to the FR properties in application.
It was however nice to hear that rally drivers often use this as a cheap addition for comfortable ‘flame retardant’ (not proof) under gear…

Anyway, nice owner, great stock and something there for all outdoor needs. Worth a visit if ever in the area.

After getting a glimpse of 3G coverage in a pub whilst moored up one night heading towards the end of our holiday, I noticed that there was randomly an Army Surplus shop just over 800 metres from where we had to drop off the boat and pick up the van… –
‘perfect end of holiday visit? ‘

Luckily I had my brother and nephew with me who clearly also wanted to visit the place too, so we set off to find our retail therapy.. Unfortunately when we arrived at a bit after ten, the shop was closed. So in an unfamiliar place and with a long journey ahead back to south Wales, important decisions had to be made…. 😉

With impending ‘family holiday doom’ setting in, we finally convinced the other unimpressed van occupants that we would get some breakfast somewhere and then check it out afterwards. So we found a great cafe just up the main road in Stalham which did an excellent breakfast, set us up for the day, and importantly gave us another chance to try the surplus place on the way home.. (yes, I bribed everyone by paying for the very reasonably priced breakfast though…)

It was worth it! –  as we approached the premises we clearly noticed, that they had the benefit of space and location to stack ammo boxes and other goodies out on their front land to draw us in.
(Apparently at the time of our visit, the owner had only just moved a few doors down to this location, but it still looked great…)

Inside there was a multitude of surplus clothing, equipment and many rare finds. This is my kind of shop in terms of the variety of stuff on sale, but also owned by a trader who is obviously passionate,interested and knowledgeable in the items he actually stocks.
I could see that the place was packed with army surplus equipment from around the world, such as clothing, messkits/cooking devices, ammo boxes, dummy belts/clips/magazines, hydration units, tools and many other items I unfortunately could not fully explore due to time constraints.
I did however purchase a few items, though at the very end of a ‘spent up holiday’, I had to unfortunately limit my spend.. 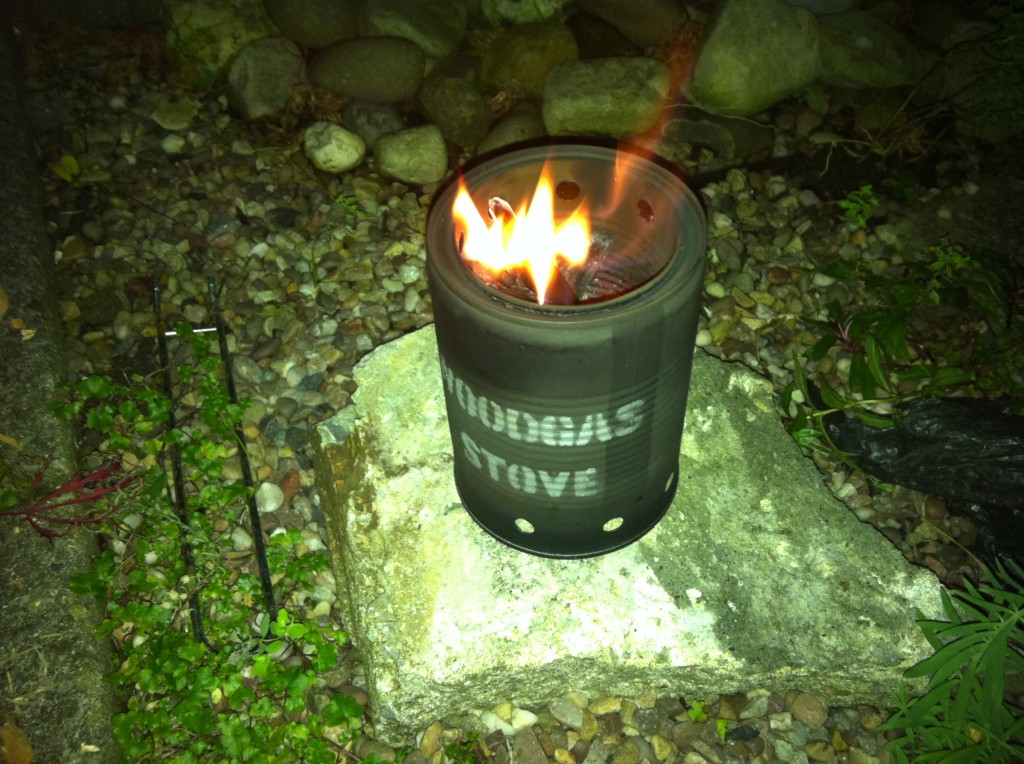 What I bought
– Swedish alcohol stove (nice for an emergency or weekend away type burner, as very compact and fully wrapped).
– NATO/Dutch army hexi ‘cassette’ type stove  (longer lasting and more compact than normal throw away solid fuel/hexi stove.)
– MG42 ammo container (For keeping important documents in a fireproof-ish / well protected metal container that is also very portable)
– Their ‘in house’ built ‘woodgas burning’ type stove -(a whole blog post is needed in terms of use and how great it is I’m afraid..but rest assured it is a great piece of kit )

So I would highly recommend both these Surplus stores as independent businesses but also as suppliers of excellent clothing, equipment and outdoor tools.
If you are ever in the area then they are both worth a visit, otherwise am sure you can contact these guys via the links above.